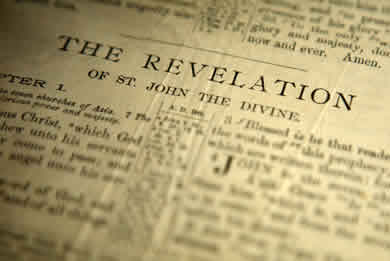 The Old Testament has quite a few prophesies about the last days and so has the New Testament. I am not an end-time prophet and do not have a revelation about everything the Bible says about it, the return of Jesus and what will happen when the Bride is ascended to heaven, but there are lot of prophets writing and speaking about these things. Many are to be read at internet. Some are specific and others are more general. In whom should we trust and what should we believe? The Bible says that there will be many false prophets in the last days and will say: “I am Christ.” What do we  need to know and what is less important?

Believe me, I do not have the exact answers to all those questions, but we can ask the Holy Spirit for help. He has said that He is our helper and we really need help. I think that you should read Matthew 24 before we go any further. This chapter is describing how it will be during the last days. We read in verse 6 that we will hear of wars and rumors of wars and it continues to say that nation will rise against nation and kingdom against kingdom. There will be famines, pestilences and earthquakes in various places. Jesus says that they will be exposed to tribulation, they will be killed and they will be hated for His name’s sake.

We have heard about civil wars and external wars during the entire history, but I think it has increased the last years. The entire Middle East is in uproar and thousands are killed and thousands are fleeing their countries. Many, many nations are turning against Israel. Religious groups are fighting against each other. They are killing each other and burning down their houses. It seems that religion has created hate and violence more than love.(I believe in a living relationship to Jesus, but do not call myself religious.) We can read in verse 12 that lawlessness will abound and many will grow cold. The great tribulation is described and that time will luckily be shortened. We must remember that Jesus is not coming back before the gospel of the kingdom is preached in all the world as a witness to all nations. (verse 14)

Many people have prophesied and given a time of the return of Jesus. Some sects have hidden themselves and been waiting for the day of doom. The disciples thought that He would come back before they died. They were there when He ascended and they thought that it wouldn’t be too long before He was coming back. I also believe that Jesus will come back soon, but how soon, nobody knows. Verses 36 – 44 describe how we should live when He is coming back and it clearly is saying that no one knows the time and the hour, only God – the Father. Even Jesus doesn’t know. We are supposed to eat and drink, marry and work. I have heard about people who hesitate to study and get an education since Jesus is coming soon. He might, but He says that you should live a normal life then. Others hesitate to have children in fear for the last days. This is contrary to the Bible. It is built on fear and wrong thinking. The Bible says that we should always be prepared since the Son of Man is coming at an hour one hasn’t expected.

Never accept a prophesy dating the return of Jesus Christ!

We have lots of birth-pains in these days, but verse 14 says that the gospel must be preached to all people. This task is not finished yet. The gospel is being spread much faster than ever through television, radio and internet. Missionaries can travel back and forth in a short time and some preachers have campaigns for millions of people. I have talked to some missionaries travelling to places where the gospel hadn’t been preached before. God wants as many children as possible and they are being fished into the Kingdom everywhere. It seems almost easier for a person who never heard, to receive Jesus as their Savior compared to a person who has lived in a so-called Christian country.

We have to tell as many as possible about Jesus.

We all have a duty and that is to introduce Jesus to other people. “Have you met my Friend?”

Some are called to testify for family and friends. Others have meetings in the market place and some stop people on the street. I have already mentioned campaigns, television, radio and internet.

In addition to the Biblical prophesies, we can hear and read about particular countries, places and individuals. I have recently heard that this Pope is the last one. Others are saying that president Obama will be the last president and others say that he will be murdered. People have prophesied that a terrible earthquake will divide certain parts of Sweden. Other countries have gotten similar prophesies. I will not continue to quote the thousands of prophesies that you can read on internet. I am not saying that the mentioned prophesies are false, but what shall we do with them and all the others? I really believe that this is a time for praying. 1.Timothy 2:1 exhorts us to pray, intercede and give thanks for all men, but then to pray for kings and all who are in authority, that we may lead a quiet and peaceable life in all godliness and reverence. We must pray for president Obama and all other leaders in the world. It doesn’t make any difference who they are or where they are. We must pray for all in authority in our own country.

We must pray as never before.

1.Thessalonians 5 has in my Bible the headline: The Day of the Lord. It says the same as Matthew 24 that the day of the Lord will come as a thief in the night. We are encouraged to be awake and sober. We are naturally supposed to sleep at night, but we must be spiritually alert and awake. When? Always. The end-time prophesies should not make us fearful, but should bring us closer to our Rock. I have talked to people who would rather die than facing the happenings of the future. I want to remind you of the psalm 91. It says that you should dwell in the secret place of the Most High. The entire psalm talks about God’s goodness and protection. You can read more about this psalm under the headline Vaccination on my web-site.

I believe that this time is a time of the Bride’s preparation for the wedding. Matthew 25 starts with the story of the wise and foolish virgins. I seriously believe that we Christians must have oil on our lamps. We must live in an intimate fellowship with the Bridegroom. I do not understand everything in the Song of Solomon, but I do understand that it is about a deep and intimate love-relationship between the Bride and the Bridegroom. I believe that it is a time of sanctification and purification that comes as a result of this close relationship with the Lord. When the Light comes, it will reveal the dark spots that are supposed to be deleted.

Prepare yourself for a personal meeting with the Bridegroom.

When you read prophesies or when you receive one, ask the Holy Spirit if it comes from the Lord. If the answer is yes, ask what you should do about it. The Lord has said that we can hear His voice and the more we are with Him, the more we will know for certain. I do not believe that we should get involved in all the prophesies, but the Lord will divide them among His children in order for the world to be saved and covered with 24 hours praying.